The Hauskrai, that quaint Papua New Guinean custom that draws friends and relatives of a deceased together to mourn, reflect and reminisce on a life taken. Either too soon, or after an extended journey as that of a passed octogenarian. Reunions and relationships renewed. Grudges set aside, animosity temporarily abated out of deference to the dearly departed.
The long nights, the endless cups of steaming tea or coffee. Sugar in abundance. Loaves of bread, margarine tubs, food trays, and dirty tea-cups. The food service train. The various work details; the kitchen crew, fire attendants, mumu specialists and barbeque kings. Then there's that person with the skill of a surgeon who slides his blade through the succulent pig meat with consummate ease. Betelnuts, lime andn mustard overflows, never mind Parkop’s ban.
The chatter of relatives who may not have seen each other for years, no matter the fact that they live a suburb apart. The laughter of memories recalled, the sorrowful sighs of regrets and the sporadic, heart-wrenching wails of a desolate widow(er).


The soulful, melodious harmonies of the neighborhood church choir; the gentle, synchronized tapping of the kambang bottle to the streams of a traditional dirge. Claps, guitars, keyboards. The contained music. The last night; that ending to the penultimate day before the physical presence of a departed is bid farewell. The anticipation of one's finality on earth.
The choir's tone takes on a more somber note, the weary bodies anxious, as they look towards that well-earned rest. The spattered tales more jovial as families realize that they'll be going without another ‘catch up’ for another extended period.
The streams of coffee and tea have ebbed, the firewood pile ready to touch dust. The cigarette being offered is politely declined, as even the hardiest chain smoker mentally counts the number of lus he's dragged on and orally mutilated in the last few nights.
Calls for "one buai is the fly over here" are fewer as the day closes. Our kitchen crew sits a little relaxed, as if Gordon Ramsay has already left the building. The pig’s surgeon though, anticipates his turn to wield his blade. His victim lies defeated, sensing the impending departure of its very own breath.
The Coleman cooler also sighs, its nozzle is pressed less and less. The blackened kettle slyly calls to the sponge, the two setting up an amorous date with the kitchen sink for the very next day. Thongs have changed owners twice, and will still see new feet before night meets day; the canvas all worn out at being stretched wide, as far as it could lie.
The fires flicker more gently; the steam is more subdued. The hours roll to a solemn new day; our departed is finally called, to the sun as it sets with the finality of a life. The last-night…at the hauskrai.
Posted by Unknown at 15:00 No comments: 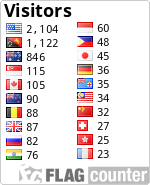